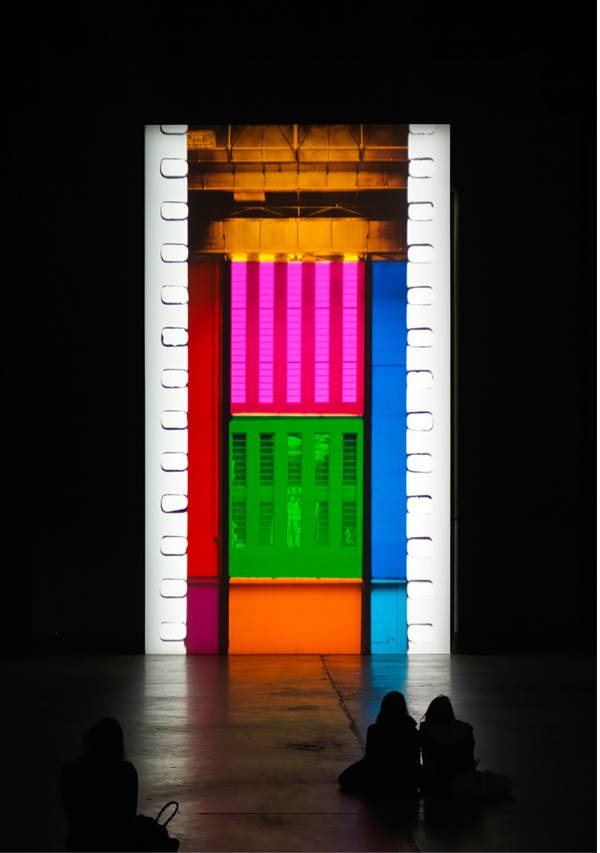 Leading British artist Tacita Dean takes listeners with her on a mission to save a language. Not the kind that is spoken in a remote community, but an artistic one – photochemical film.

She travels to UNESCO in Paris, to the Department of Intangible Cultural Heritage, to persuade the world’s heritage keepers to act fast or lose what she considers the most important form of artistic expression of the 20th century.

As photochemical film heads for extinction, superseded by digital technologies, Tacita makes a compelling case for why people should do all they can to keep it alive.

“What I love most about film is the spontaneity and the blindness. When I made the work FILM for Tate Modern’s Turbine Hall, everything was filmed inside the camera: different shapes, objects and architecture were effectively stencilled with light onto the emulsion, which was put through the camera multiple times. I couldn’t see what I was doing so when I saw the results, it was full of both miracle and disappointment. Some things far exceeded what I could have done deliberately… and that’s the point: digital is too deliberate, too intended. It’s like working with the lights on the whole time and I am someone who craves the darkness too, and by that I mean I solicit the chance and the accident. This is one of many unintended losses that have happened with the transition from film to digital, but it is what I love the most in film and cinema: the in-between things, the things we don’t imagine that just happen: what constitutes its poetic texture: the spontaneity, the mistakes, the silence and the blindness. This is where the emotion is born.”

Each year, the In Between section of the Cinéma du réel international film festival in Paris highlights the work of... Continue Reading