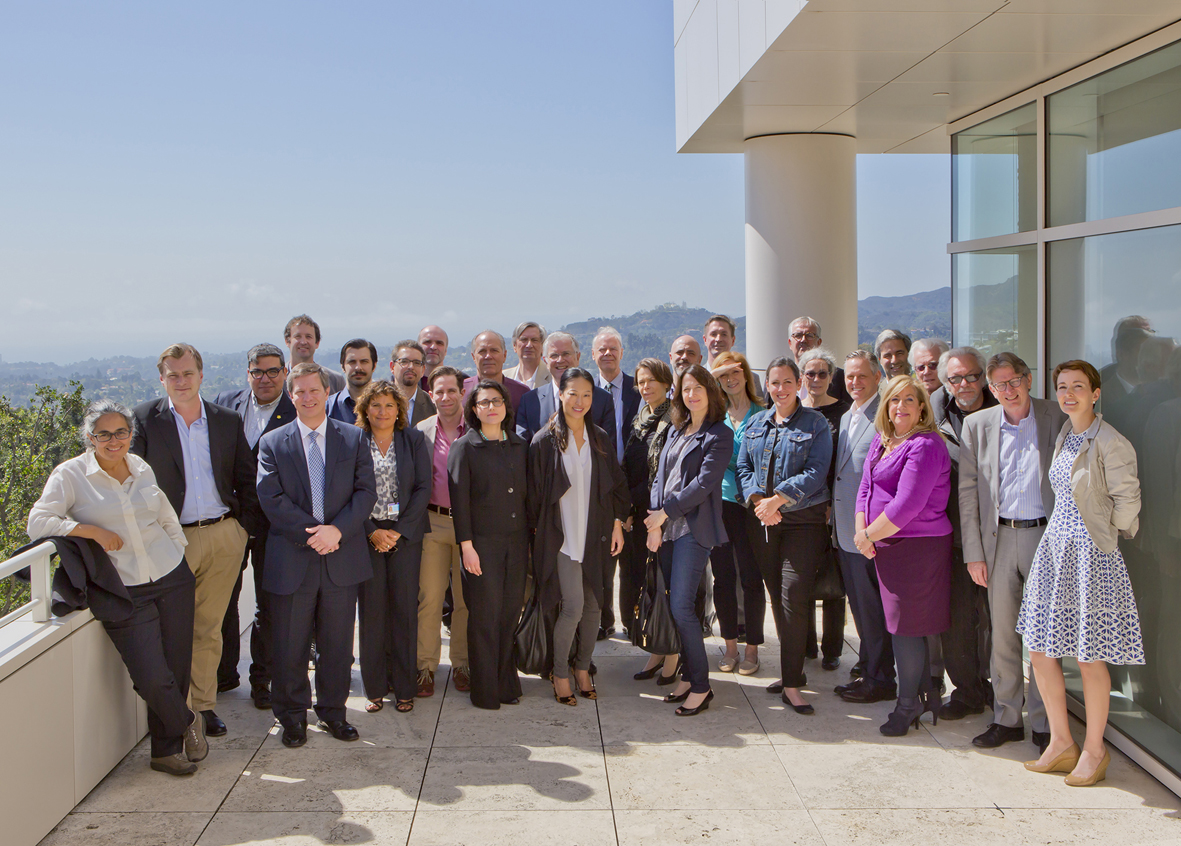 Christopher Nolan Rallies the Troops to Save Film

Scott Foundas, Chief Film Critic at Variety, was granted exclusive access to ‘Reframing the Future of Film’, the private meeting of 30 attendees from leading archives, labs and institutions presenting photochemical film held at the Getty on Sunday 8th March.

In an article published in Variety, Foundas recounts exchanges during this meeting ‘of constructive dialogue’. Represented were, among others: the Academy, the Film Society of Lincoln Center, the Film Foundation, Fotokem, Kodak, the Los Angeles County Museum of Art, Sundance and the UCLA film school. This meeting was followed by a public conversation between Artist Tacita Dean and Director Christopher Nolan, moderated by Kerry Brougher, Director of the Academy Museum of Motion Pictures (set to open in 2017), which was attended by an audience of 400.

Fundas concludes that, although the road to safeguarding this medium for future filmmakers, archivists and cinephiles, might be rocky, ‘small but significant steps’ were made in the right direction.