On May 5th, 1978, the New Beverly theater re-opened under the new leadership of Sherman Torgen with a double feature of A Streetcar Named Desire and Last Tango in Paris. The beloved LA landmark continues that double feature format to this day. Filmmaker Quentin Tarantino bought the property in 2007 in order to save it from re-development, but left the programming to Sherman’s son Michael. Starting October 1st, Tarantino is taking over as full-time programmer. An avid collector of film for 20 years, Tarantino will be screening many films from his own personal collection. “My quality of life would be less in this town if the New Beverly was closed.”

Listen to the episode 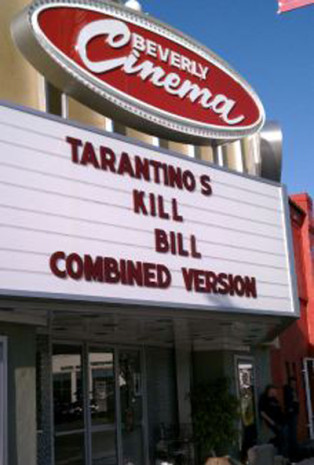 Quentin Tarantino’s passion for the New Beverly Cinema began when he was just another kid showing up for the nightly... Continue Reading

Quentin Tarantino has declared “cinema is dead” at the Cannes film festival, where he argued screening films in digital is... Continue Reading