Each year, the In Between section of the Cinéma du réel international film festival in Paris highlights the work of a contemporary artist working in film. This year, the festival, which takes place in Paris from March 23rd to April 1st, presents an extensive selection of films by Tacita Dean. “Her practice demonstrates film’s unique potential for dynamic portraiture, for capturing movement, and conveying subtle changes in atmosphere and light,” curator Rachael Rakes states. “This spotlight presentation offers a rare opportunity to see Dean’s films projected theatrically. The works span Dean’s career and afford a glimpse of her many preoccupations, subjects, and formal shifts.”

Grouped into five programs, all of the films will be projected on 16mm or 35mm. The lineup includes Disappearance at Sea (1996), Kodak (2006), Michael Hamburger (2007), Craneway Event (2009), and JG (2013), as well as theatrical world premieres of two of her newest films: His Picture in Little and Providence.

Tacita Dean will be in attendance from Friday March 23rd to Sunday March 25th. She will also participate in a public talk with historian and critic Patricia Falguières on Saturday March 24th.

The full schedule of In Between: Tacita Dean screenings can be found on the Cinéma du réel website. 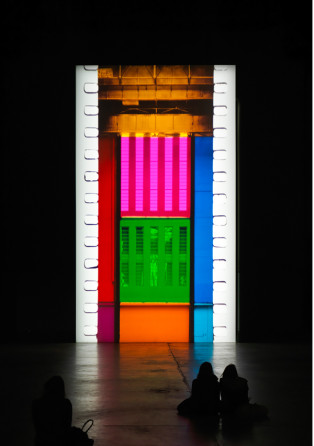 Click here to listen. Leading British artist Tacita Dean takes listeners with her on a mission to save a language.... Continue Reading